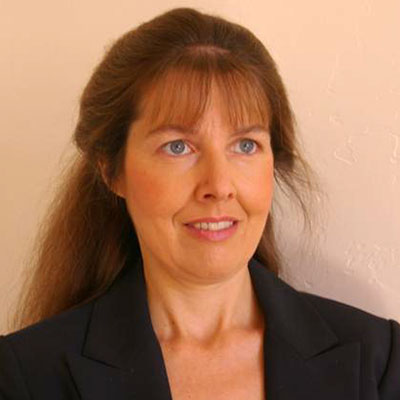 Heidi Harralson is the managing partner of Spectrum Forensic International, LLC, a full-time handwriting and document examination practitioner. She is a court-qualified and board-certified forensic document examiner. Ms. Harralson has lectured extensively to professional organizations and universities on handwriting sciences. She has published original research in peer-reviewed journals on forensic handwriting and document examination topics. Her publications include Huber & Headrick’s Handwriting Identification: Facts and Fundamentals, Developments in Handwriting and Signature Identification in the Digital Age, and Forensic Handwriting Examination of Motor Disorders & Forgery. She has been consulted by attorneys and public and private clients internationally. She is a board-certified document examiner and diplomate through the National Association of Document Examiners. She holds a Bachelor of Science in the behavioral sciences, a Master of Arts in handwriting science and forensic document examination, and a forensic crime scene technician certificate.  She is an affiliate professor at East Tennessee State University where she teaches forensic science courses. 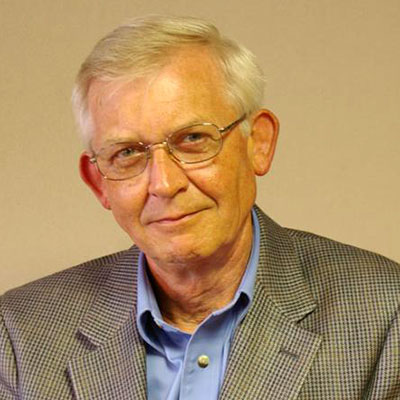 Dr. Larry Miller is a court-qualified, board-certified forensic document examiner for Spectrum Forensic International, LLC and the East Tennessee State University Crime Lab. Dr. Miller is a professor at the Department of Criminal Justice and Criminology at East Tennessee State University (ETSU). He received his Bachelor of Science from ETSU in 1974, a Master of Science from Eastern Kentucky University in 1977, and his Ph.D. in Health & Safety with collaterals in Forensic Anthropology and Criminology from the University of Tennessee in 1981. Dr. Miller has been with ETSU since 1984 and normally teaches courses in the area of law enforcement. He has worked as a police officer, criminal investigator, and crime laboratory director. He has worked in crime scene investigation, fingerprint examination, document examination, and surveillance photography. Dr. Miller’s primary research interests are in police studies and forensic science, and he serves as a member of the board of the National Forensic Academy. He has authored or co-authored several textbooks and numerous articles in criminal justice publications.

Spectrum Forensic International LLC consultants are dedicated to research and development in the forensic sciences.

Listed below are citations and abstracts of some of the original research projects in which we have been involved.

Abstract: With the increasing use and variety of gel pens on the market, forensic document examiners may encounter problems identifying gel pens from other common pen types. This study discusses the initial findings of an investigation into the history, technology, and properties of gel pens. Microscopical (visual) and chemical methods were also evaluated as ways to characterize and identify gel inks. The results of the study demonstrate that the presence of a gel ink can often be determined, but that some gel inks resemble other types of pens, especially roller balls, upon visual examination. Further, chromatographic methods used to characterize traditional dye-based inks may be less useful with gel inks; for these, other spectrometric methods include Raman spectroscopy and energy dispersive x-ray spectrometry (EDS) were evaluated and proved useful.

Abstract: A comparison of prefatigue and fatigue handwriting conditions between movement disorder patients and normal controls was conducted of online recordings and offline samples. The offline analysis showed differences due to fatigue. The differences were more pronounced in certain movement-disorder patients (e.g., printing, size, tremor, or baseline) than in the control subjects (e.g., expansion). In the online analysis, the patients were slower and more variable than the controls. Certain patients exhibited increased speed and decreased relative pen down duration during the fatigue condition. Individual responses to fatigue have relevance in the assessment of the range of variation within individuals. Fatigue increases variability in motor-disordered handwriting more severely than in healthy handwriting.

Abstract: This study represents a statistical analysis evaluating handwriting tremor and distortion caused by writing surface conditions. Over 100 subjects wrote mock signatures on a smooth surface and a variety of irregular surfaces. The subjects also simulated a genuine signature and imitated a tremulous signature. The results were evaluated using a clinical tremor scale. The results showed that tremor from health-related factors and simulation can be distinguished from writing on certain irregular writing surfaces.

Miller, L.S. (2000). Identification of delineation of form writing. Journal of the National Association of Document Examiners, 23(1):1-4.

Abstract: Several forms of expert forensic science evaluations exist that rely at least in part on the subjective opinion of the examiner. Human hair identification is one such examination. This paper considers possible sources of influence or bias that may be responsible for examiner errors. Data are reported of an experiment that compares the conventional examination procedure (known versus questioned samples) against an alternative procedure (a lineup of samples) designed to limit the influence of factors that contribute to error. The alternative procedure produced fewer incorrect conclusions (3.8%) than the conventional procedure (30.4%).

Spectrum Forensic consultants have authored or co-authored the following books and articles: 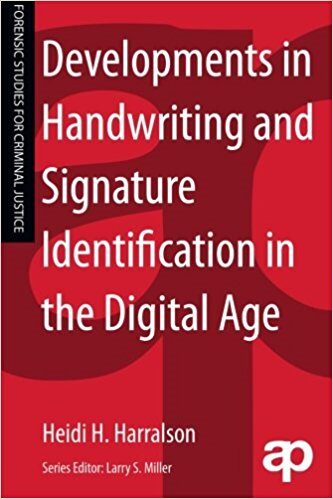 Developments in Handwriting and Signature Identification in the Digital Age 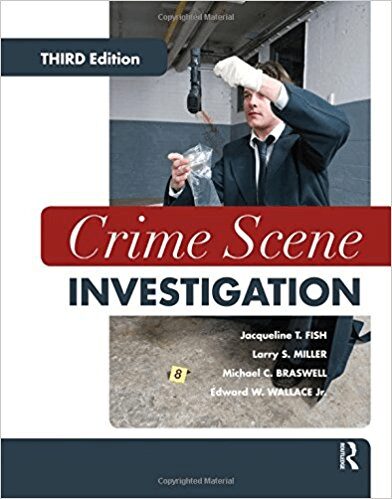 Crime Scene Investigation offers an innovative approach to learning about crime scene investigation, taking the reader from the first response on the crime scene to documenting crime scene evidence and preparing evidence for courtroom presentation. It includes topics not normally covered in other texts, such as forensic anthropology and pathology, arson and explosives, and the electronic crime scene. Numerous photographs and illustrations complement text material, and a chapter-by-chapter fictional narrative also provides the reader with a qualitative dimension of the crime scene experience. 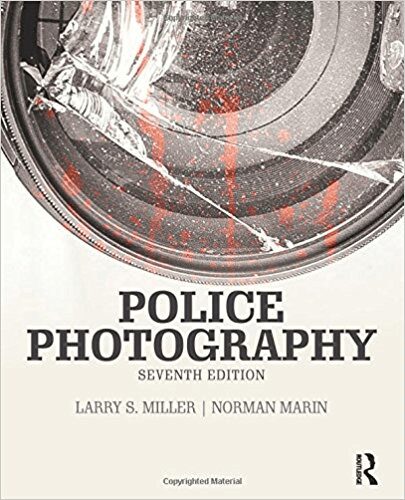 Quality photographs of evidence can communicate details about crime scenes that otherwise may go unnoticed, making skilled forensic photographers invaluable assets to modern police departments. For those seeking a current and concise guide to the skills necessary in forensic photography, Police Photography, Seventh Edition, provides both introductory and more advanced information about the techniques of police documentation. Completely updated to include information about the latest equipment and techniques recommended for high-quality digital forensic photography, this new edition thoroughly describes the techniques necessary for documenting a range of crime scenes and types of evidence, including homicides, arson, and vehicle incidents. With additional coverage of topics beyond crime scenes, such as surveillance and identification photography, Police Photography, Seventh Edition is an important resource for students and professionals alike. 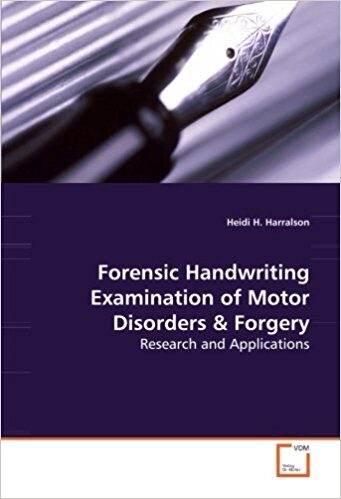 Forensic document examination in handwriting and signature cases can be complicated by writers with motor disorder conditions such as Parkinson's disease and essential tremor. These conditions are more prevalent among the elderly and legal issues arise in probate and elder abuse fraud cases where parkinsonian patients sign their signatures to checks, estate, title, and financial documents that are frequently contested. Because writers with motor disorders produce distorted, tremulous handwriting, distinguishing between genuine movement disorder signatures and forgeries can be problematic for handwriting experts. To address the problem, the author conducts original research using innovative digital tablet technology that allows for objective, quantifiable measurement of dynamic handwriting factors such as duration, velocity, pressure, and frequency spectrum analysis of writing tremor. The results have implications not only for handwriting experts working with ink writing and online biometric signatures, but also the elderly, motor disorder patients, legal professionals, investigators, law enforcement, and the justice system.